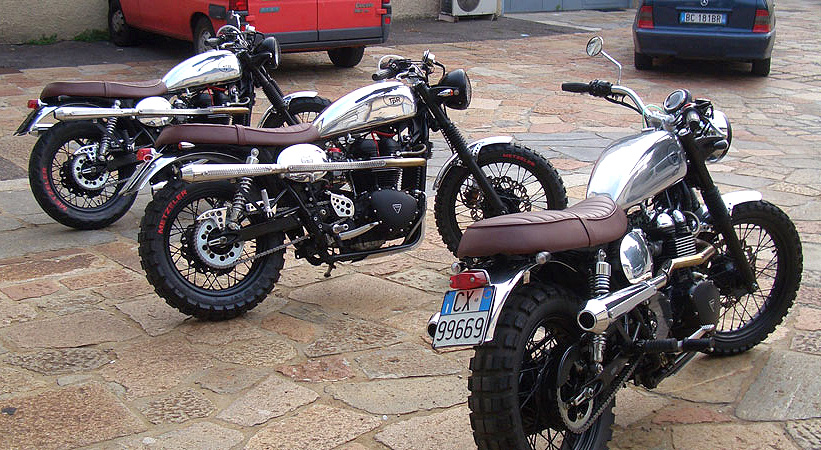 These Italian Urban Scramblers have been causing a stir on many Italian motorcycle sites. It’s the first motorcycle designed by TPR Italian Factory – a new company started by Pietro Figini. Like many custom bike builders, Pietro Figini couldn’t find a motorcycle on the Italian market that showed character, style and uniqueness, so he designed this urban scrambler hoping others would share his taste for classic bikes. Figini loves his English motorcycles, so decided to use a twin cylinder 800cc engine as a base, along with the Triumph Bonneville’s double crade chassis. The rest of the bike then went into production, taking inspiration from bikes mainly from the 1960’s. The Urban Scrambler is no show pony either, but also a performance bike, with work on the engine and fuel system resulting in a respectable 75 hp. We love this scrambler and can’t wait to see TPR’s Cafe Racer which is apparently in production. To view the whole spec list hit this link.
[Via Rocket Garage]