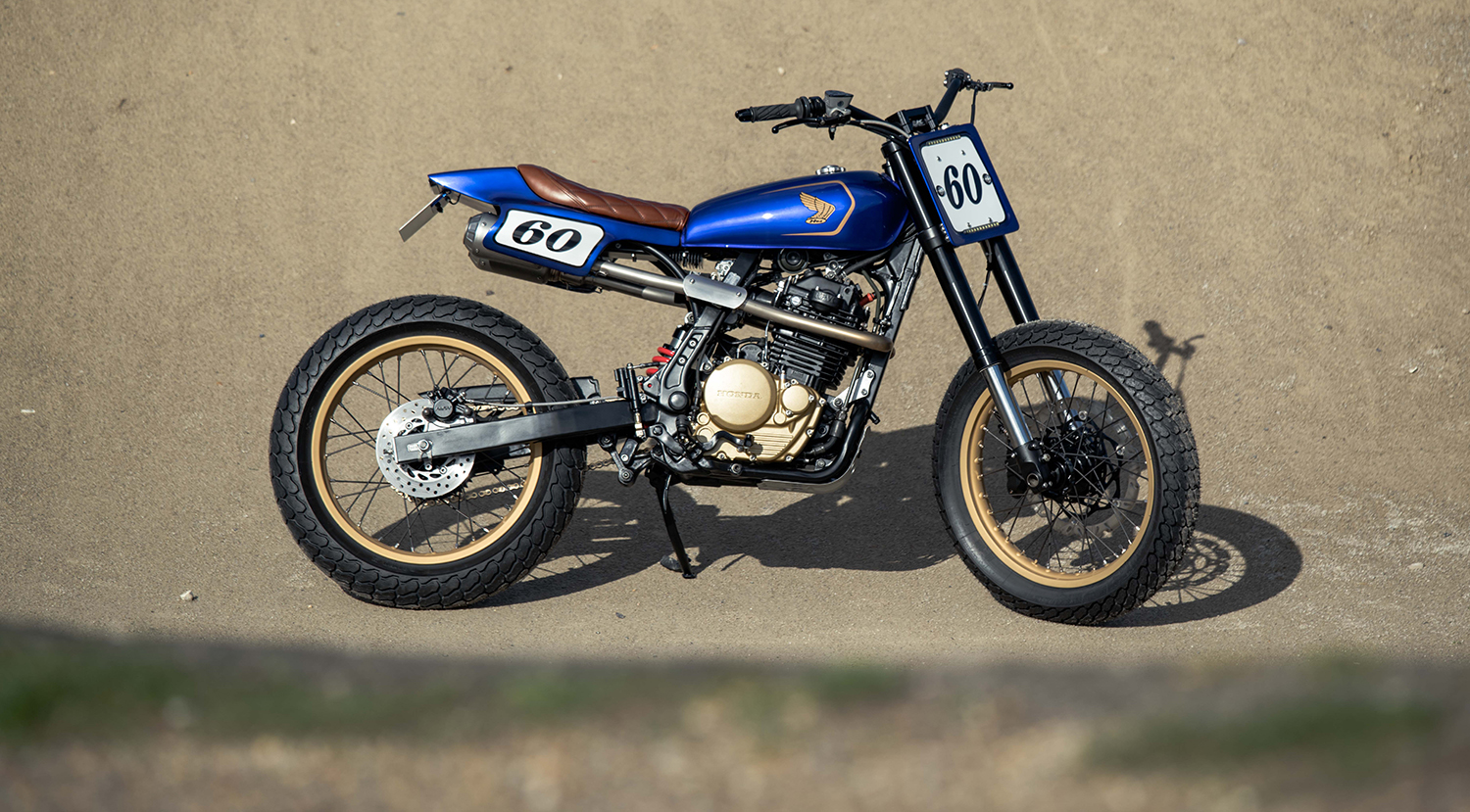 When you’re building custom bikes for a living, the most cost-effective strategy is to stick to a specialised marque. Experience – having done something many, many times before – is valuable. But, as someone smarter than me once said, variety is the spice of life. So, with dozens of BMW builds under their belt, Side Rock Cycles wanted to do something different. Not only did they want to use a different brand of bike but also mix up the style as well. “We’ve been itching to do a flat track style build for a while,” says Pete from Side Rock Cycles. “When Bill, our client, decided he was up for it, the game was on!”

Side Rock already had the perfect donor bike sitting in their garage – a 1990 electric start Honda NX650 – so, after talking to their client about the build brief, they finally landed on a design they were all happy with. “Although it was to be a stripped back, minimalist build, Bill wanted quality components and attention to detail, which was right up our street.”

The team got to work removing the old subframe with a much smaller one they fabricated in-house. This also became the place to house the new Motogadget M-unit, a lightweight lithium-ion battery, and the ECU.

The stock front end was discarded and replaced with a set of beefy White Power upside-down units which were mated up with a new 19″ ceramic-coated gold alloy rim, Haan billet alloy hub and electro-plated stainless spokes, topped off with a Mitas flat track tyre. A radial four pot Brembo caliper now bites on a big 320mm EBC floating disc for some high end stopping power.

At the rear, the swing arm was extended by 30mm to accommodate the bigger 19″ wheel and chunky flat track tyre with all new linkage bearings and seals fitted. A new fully adjustable Bitubo shock now controls the rear and makes the ride extremely comfortable.

A flat tracker wouldn’t look right without a race number board, so a front one was made and designed to house LED daytime running lights and LED indicators, as well as the all important race number.

At the back, a new flat track seat was made with the number boards sculpted around the silencers and a gorgeous brown leather diamond stitched seat pad.

The paintwork is always the icing on the cake for any bike and Side Rock doesn’t disappoint. Cobalt pearl blue was chosen as the main colour with gold Honda old school wings and striping. Bill’s company logo, Primera, takes pride of place on top of the much slimmer tank, and it’s all expertly air-brushed on.

This tricked-out tracker was supposed to be featured at the 2020 Bike Shed Show in London, but unfortunately that had to be cancelled due to the global pandemic. You will now find it being displayed in Primera’s high end pushbike shops or racing down some country roads in Dorset, England. Whatever the case, we think Side Rock Cycle’s first flat tracker will turn heads wherever it goes.