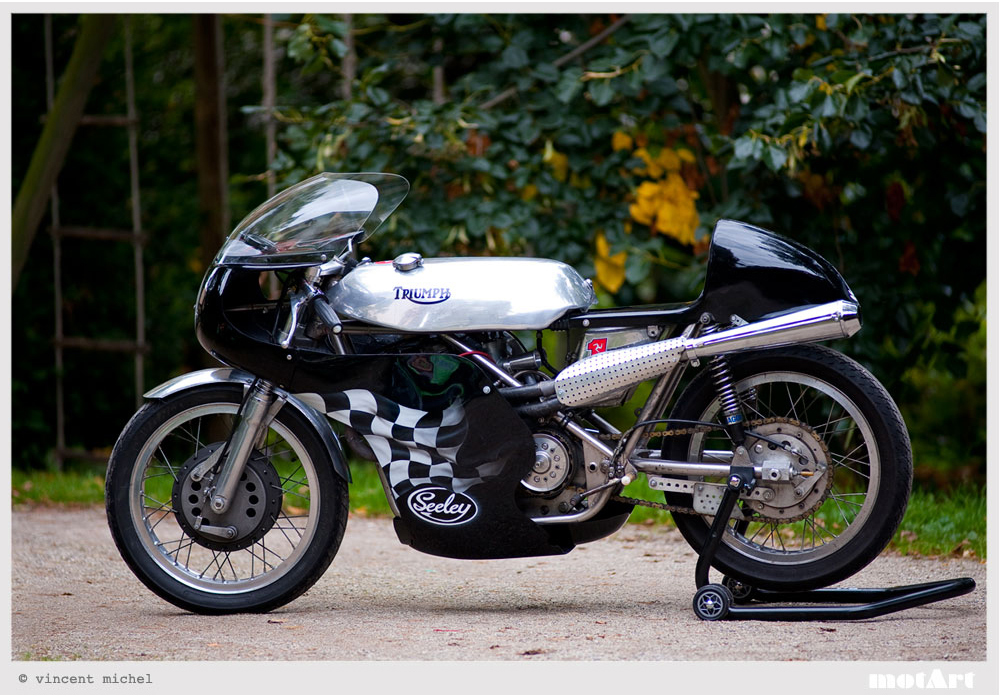 Found this exquisite machine on The Motart blog, which is run by Frank Sider – a man with great taste in motorcycles and other objects of desire. The bike was built by Frenchman Vincent Michel and is called a Triley. If you are wondering what a Triley is, it’s a combination of a Triumph 6T engine mounted in a Seeley frame. The Seeley frame is a legendary frame created by well known British builder and side car racer Colin Seeley.

Here’s what it says about the build on Motart: “The cylinder engine was increased to 750CM3 the Vilo has been lightened pistons high compression, reinforced connecting rods, gear box 6 speed Quaiffe magnesium front brake and fork from Seeley, hub and rear brake Norton Manx”. The beautiful British and chequered flag paintwork was done by Ralph at Aero Color Design in France.

Those French really know how to build a café racer, don’t you agree? Oui, oui?

P.S If you want to find out more about Colin Seeley, there’s a great book about his ambitious and action packed life]