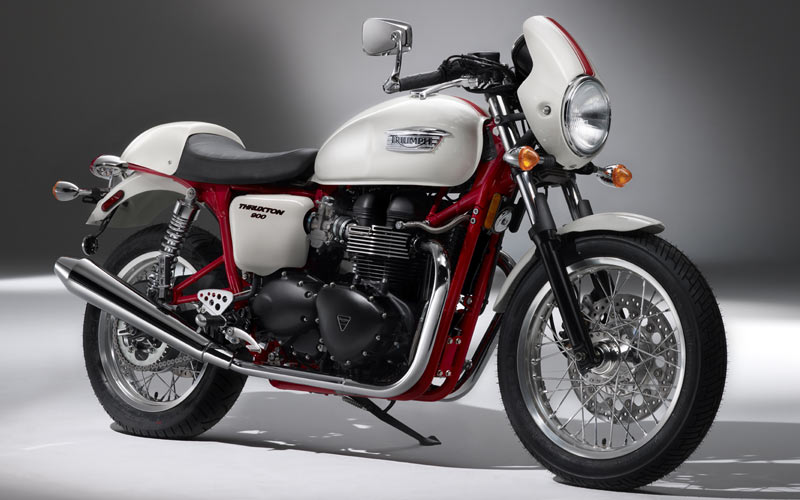 This is the delicious new 2010 Triumph Thruxton Cafe Racer Special Edition. Expected to be released in July 2010, it’s essentially the same Thruxton just with a striking red, white and black retro paint job. The other new feature is the cafe racer style headlight cowl. We really dig the red powder coated frame and red stripe that runs down the tank and cowl. The Special Edition Thruxton will have the same 865cc air-cooled, twin cylinder that makes a pretty solid 69hp and 51lb ft of torque. They haven’t announced how much this bike will cost, no doubt Triumph will charge a premium for the privilege.