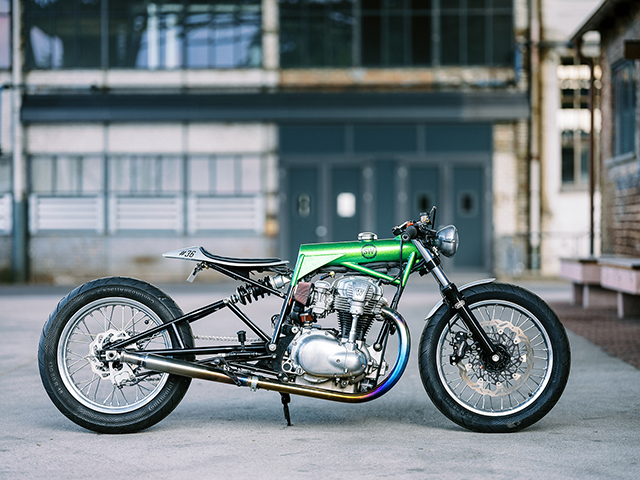 Nobody goes for Sushi to only have just one piece, and the world’s best Kawasaki W builder has taken the same attitude to his bikes! So having crafted a killer Kawasaki powered drag bike called ‘Wasabi’ with all the fun, flavour and exhilaration of the real thing, Schlachtwerk’s Tommy Thoring decided that the second dish needed to be just the same, only available on the takeaway menu! So with his team of world-class chefs, he’s back with his second Wasabi offering and this one takes all of the drag racing hardware to the street for one hell of a traffic light GP racer. 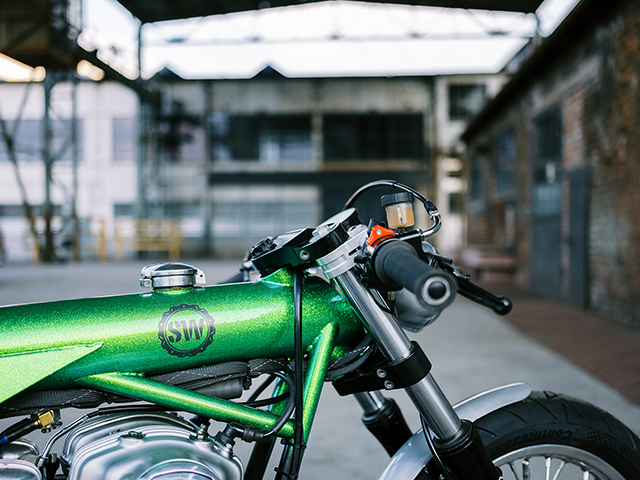 “Yes, the name of this build is wasabi again, like the race one too. It’s a little mean Japanese based toy with some nice German engineered ingredients,” Tommy smiles! Immediately you can hear people make comments about the lack of fuel capacity for a street bike, but that would totally be missing the point. This is about having some fun with friends, proving what they learn on the track can work on the road and most of all having a street-legal bike that can pop down to the cafe and then kill a supercar on the quick squirt home! 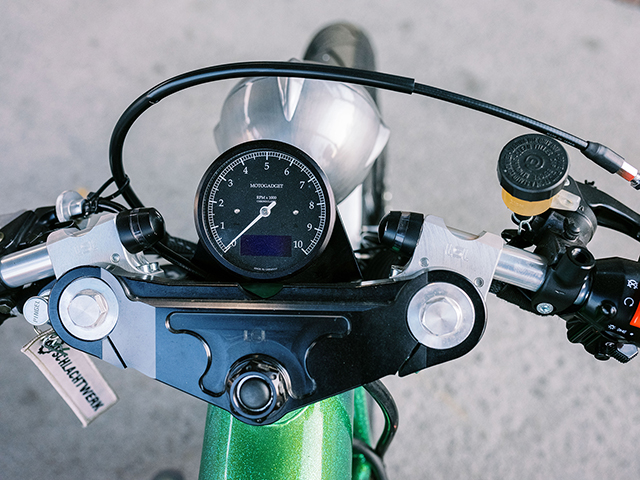 “The style is Schlachtwerk in the purest form, reduced and minimalistic. The lightest W for street use I ever built. To be honest it’s only built for eye candy, only cause I could do it, with some help of friends.” Those friends are the same men that helped Tommy piece together the drag bike to great success, Ulf builds remarkable engines in a workshop in Bremen and Stefan is an engineer located in Verl who makes the insane frames possible. And even though this bike would be totally street legal, they knew when done they’d run it at the Sultans of Sprint to see what she could do. 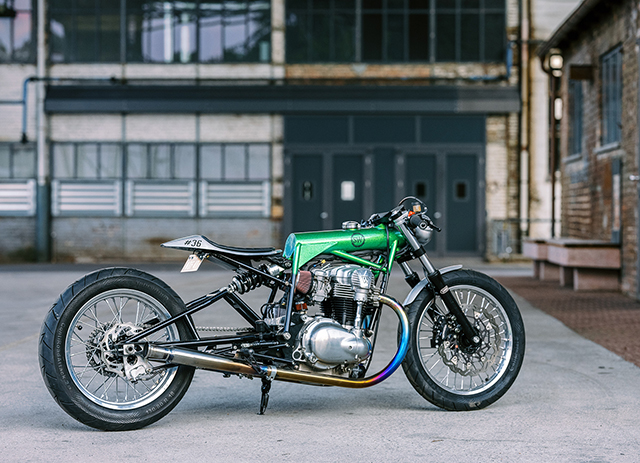 Inspiration for the initial frame came from seeing an old Moto Guzzi with its clothes off and gave Tommy the idea for the backbone with the fuel stored in it. Having already crafted one such frame with Stefan they got to work on the street bike version, but with the jig for the swingarm missing that first had to be fabricated. The obvious change over the original is a move to a sprung rear end, but the quality of fabrication, the brilliant welds and construction are all there on MkII. With the Monza cap pointing the way to where you jam in as much fuel as possible. 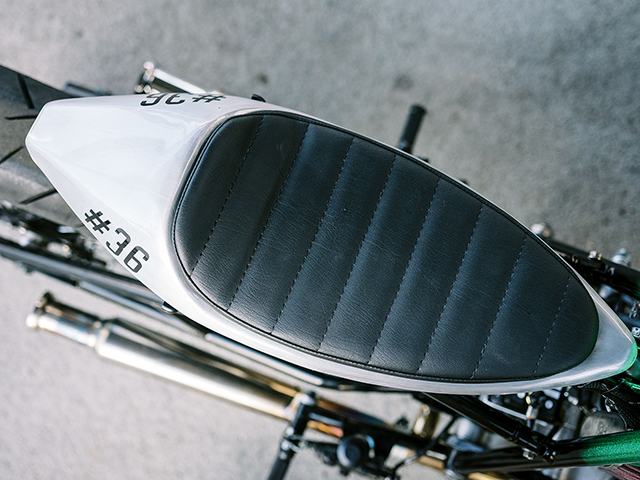 For a plusher ride the solid carbon seat of the race bike is instead a small cafe style tail unit made from hand-rolled alloy and topped with just the lightest of padding under a leather stitched seat. While planting your feet is still in a very hunched position, the custom made rearsets keep your feet beneath your body for a more streetable stance than the laid over the tank style. All the hardware is in a matching black to the back half and lower section of the chassis, while the tank section gets the Wasabi green and flake treatment. 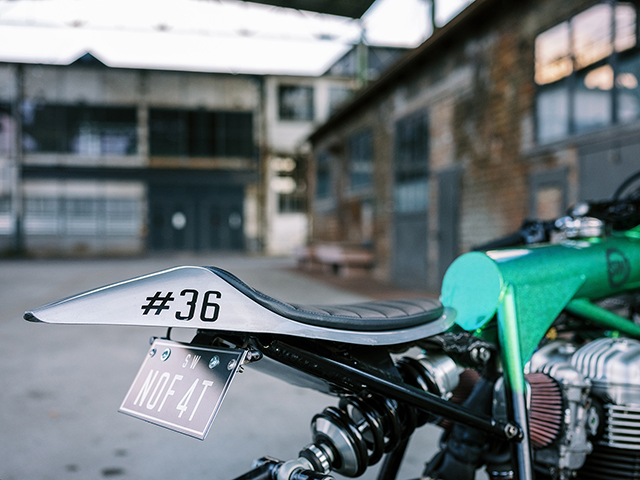 With Tommy and the crew working away, over in Bremen, Ulf was piecing together a street version of the W series engine. There would be no nitrous here but still a very reliable 75hp at the wheels, dyno-tuned to perfection. The 2012 W engine is now 854cc of smooth running Japanese twin that looks as good as it goes. In no small part that is thanks to the gorgeous 2 into 2 titanium exhaust system, all matched up to re-jetted factory carbs. Taking care of the handling meant a call to the legends at Wilbers suspension for a rear shock capable of handling such a unique task. While the front end is W650 forks, rebuilt and dropped through a set of custom trees. Always in the pursuit of weight saving, Tommy selected KTM 690 hubs to lace up a set of wheels and wrap them in sticky Continental tires. While braking is superb should the police make an unexpected appearance at the lights, Berlinger 4 pistons at each end, with a 320mm disc and Magura radial master cylinder upfront. 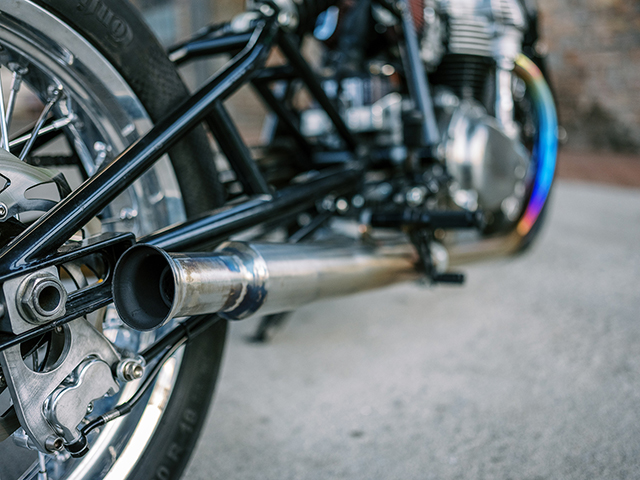 Part of the task of getting the bike passed for street use is taking care of the little things and tiny Kellermann Atto indicators at each end handle the lighting along with the slick Japanese headlamp. In front of the LSL clip-ons a small Motogadget tacho provides the vitals and now Tommy is ready to fly! “The hard thing was the first test ride, you are giving full-throttle on a complete self-made bike with a good power to weight ratio, a bit scary first time,” laughs Tommy. 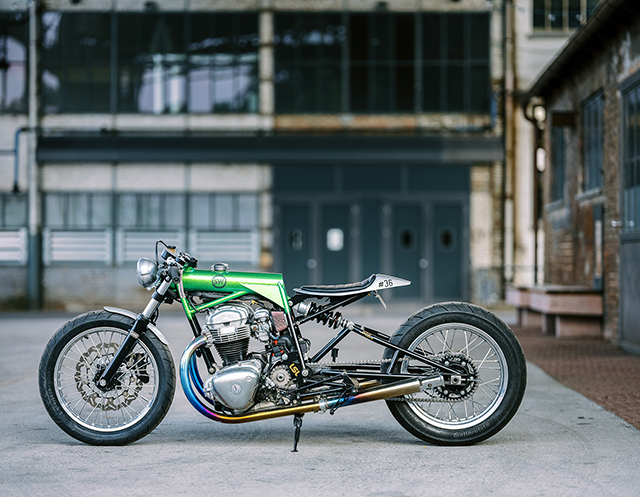 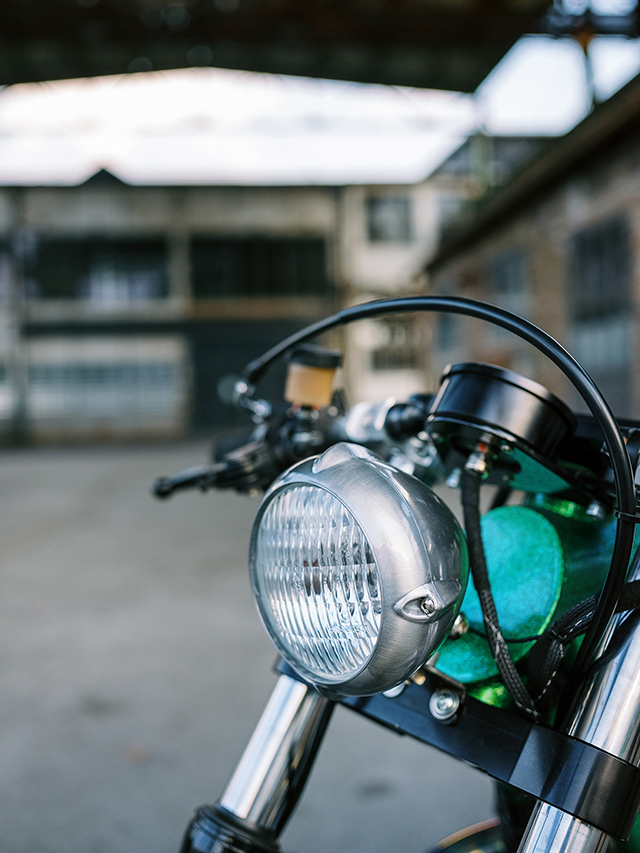 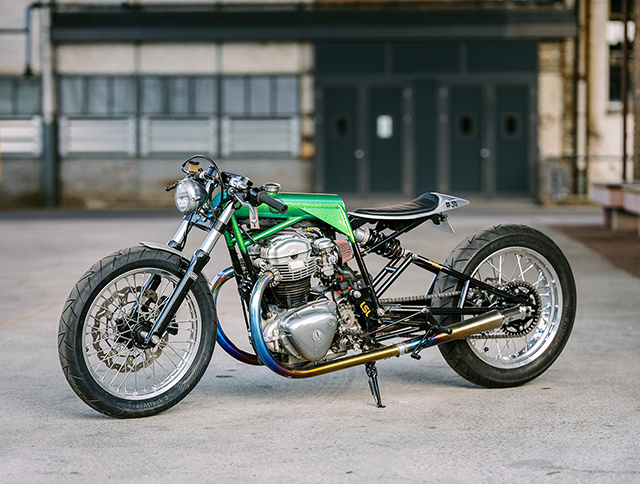 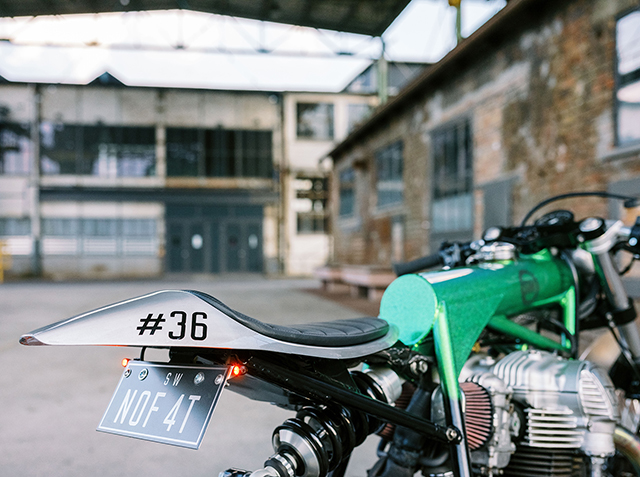 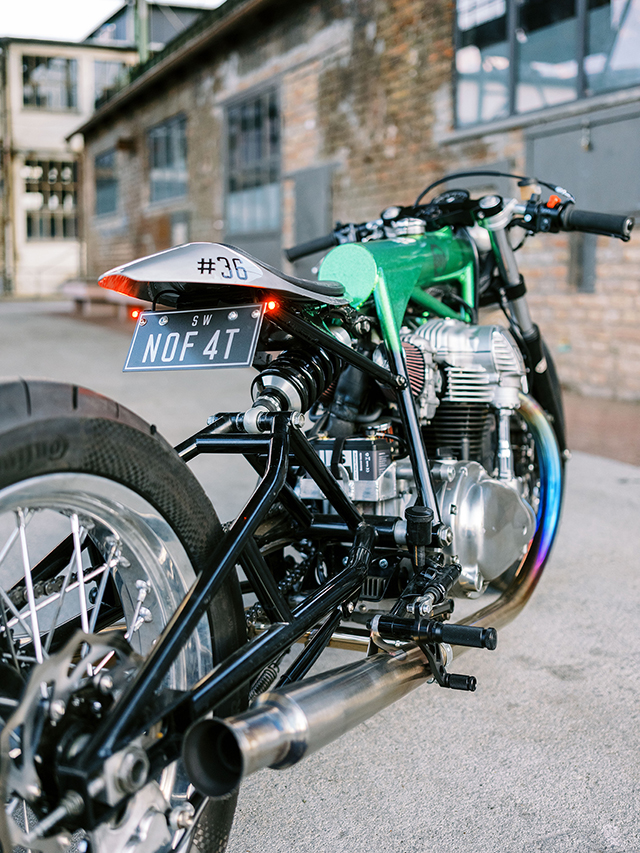 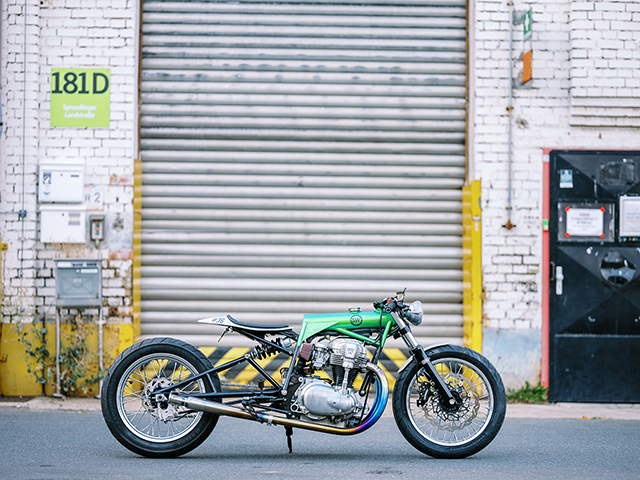