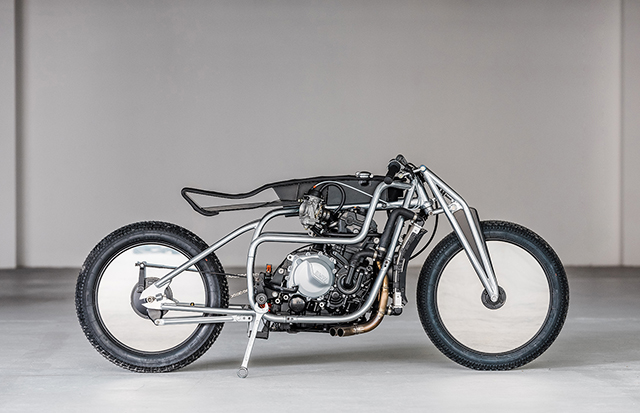 Exactly a hundred years ago German architect Walter Gropius founded Staatliches Bauhaus, an art school whose philosophy was based on Gesamtkunstwerk, meaning ‘total work of art’. The institution would become incredibly influential in all areas of art and design and although it closed 80 years ago at the outbreak of World War II, its students would spread the philosophy around the globe. So to celebrate the centennial anniversary BMW commissioned artist and bike builder extraordinaire Rolf Reick of Krautmotors to build a motorcycle that would honour all the school represents. Presenting “Bauhaus 100”, a combination of BMW’s old and new, it’s a tribute and masterpiece.

Rolf is a graduate industrial designer and head of a private school for product design and multimedia, who also runs the very successful Krautmotors workshop in Heidelberg. But when he’s not drawing, teaching or building bikes, he’s out racing his BMWs in events like the Sultans of Sprint series. Clearly he was the perfect man for the job and with the unveiling scheduled for the BMW Motorrad Days at the start of July, Rolf began sketching his design as the snow fell in January. 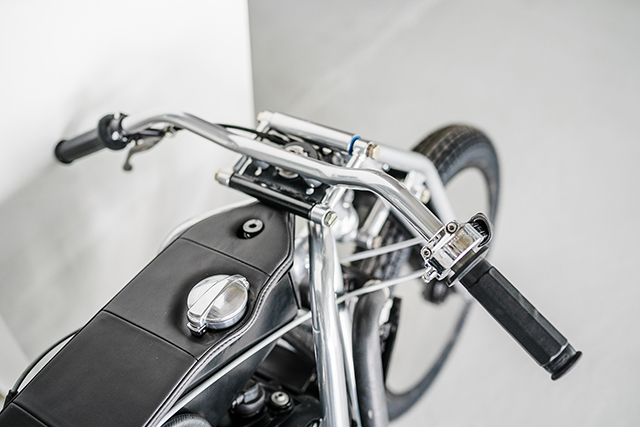 From the outset all parties agreed that the project would be the perfect way to show off the all-new engine from the recently released BMW F850 GS. It’s an amazing piece of kit, but modern engines with water cooling and a tremendous amount of electronics are not the easiest thing to work with on a custom; let alone making them look good. So to balance the advanced technology of the driveline, Rolf went back in time and selected a BMW R60/6 as the basis for the frame. 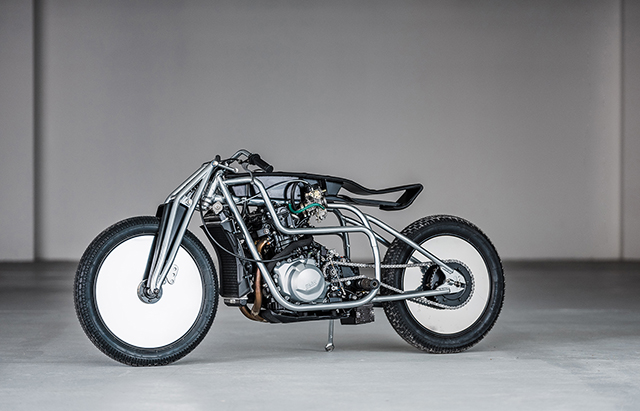 From his hand-drawn sketches the design is then rendered into a digital model before Rolf sets about creating the real thing and overcoming the endless hurdles that such a project invariably presents. “At the end of the day, the gut determines where the project is going to go and the head has to deal with the problems, but the two work quite well together,” he smiles. First up was handling the frame and here inspiration was drawn from Marcel Breuer’s ‘Lounge Chair’, a former student of the Bauhaus in the ’20s. 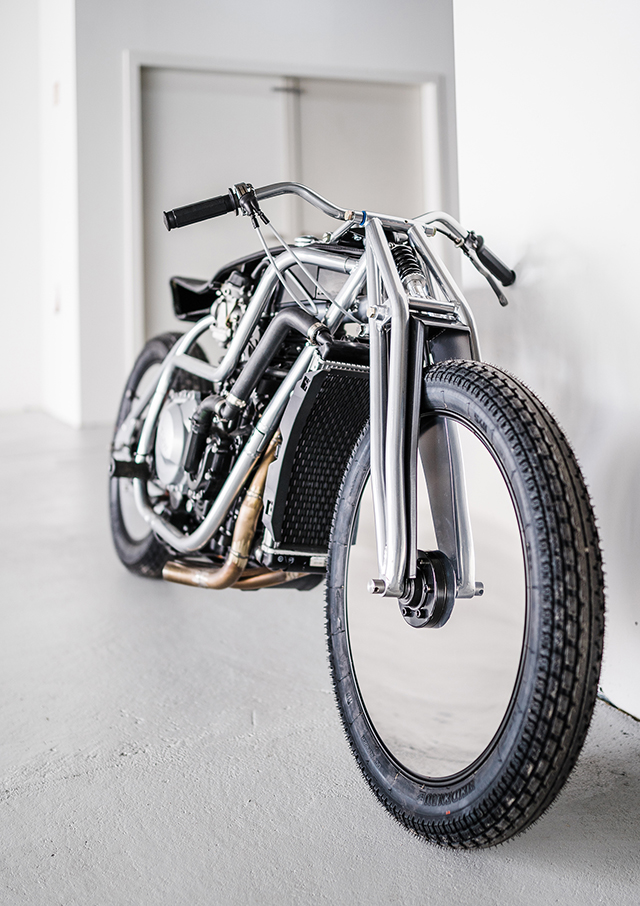 To achieve the look, the back end of the frame was removed and a rigid rear end created. Before the upper loop was widened and smoothed out, all to capture the lines of the inspiration while being both functional and capable of holding the new engine. To ensure the final welds were themselves a work of art, master coachbuilder Jochen Lehmann, also known as the “Tin Fairy” from Malsch in Baden-Württemberg, laid down each bead with absolute precision. 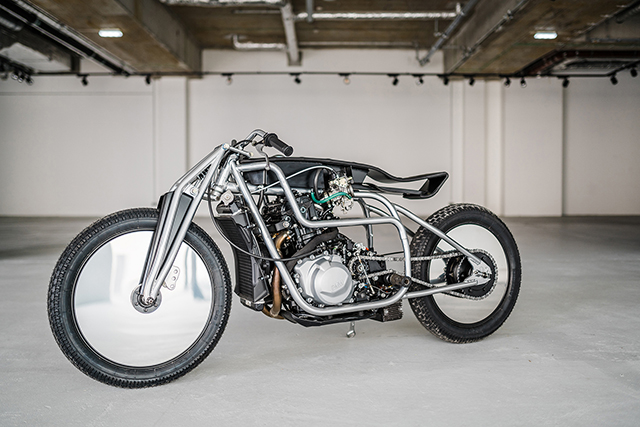 Next up was the tank and always the perfectionist Rolf tell us he’ll scrap any part if it’s not right for the build. “No matter if you’ve worked on it for one week or one month, if it doesn’t work, you have to get rid of it and start over.” Again with a nod to the ‘Lounge Chair’ the tank and seat is a single piece, with the tail hovering out in the air like Breuer’s creation and even the stitch pattern drawn from the times. But no matter how artistic he gets, Rolf still insists on functionality and the metal holds plenty of go-juice. 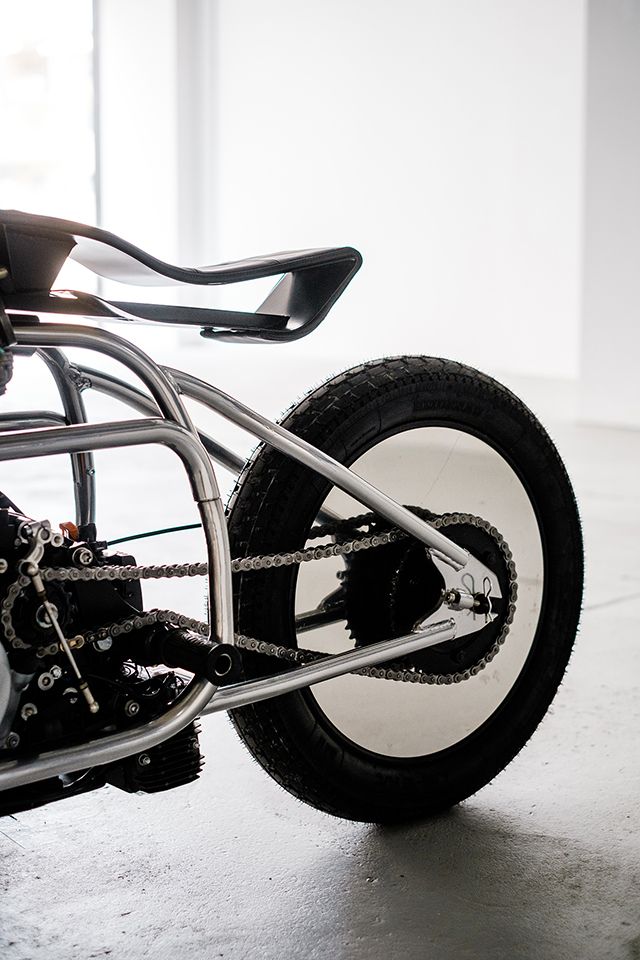 Supporting the front end the girder forks continue the theme and are the perfect match for a rigid rear. It’s not the first set that Rolf has built, so he knew exactly the right shock setup to pick and the dimensions to use for the design. With Jochen back at the welder, Rolf made up the bars to top the forks and they’re finished out with an internal fender to beautifully match the bodywork. While getting things rolling are classic 19-inch front and 18-inch rear wheels with custom moon discs and wrapped up in vintage rubber. 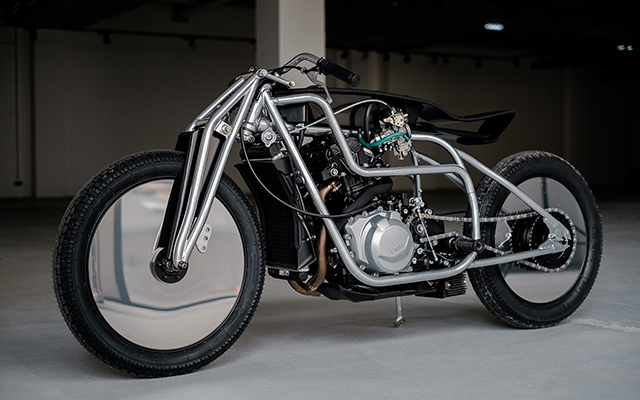 Now the all-new 850cc parallel-twin engine could be bolted in and packing 100hp it’s got plenty of go. Mikuni carbs are fitted to simplify the fuelling and while Rolf set about crafting a one-off exhaust system, Christoph Liepelt and Marco Rose from BMW Motorrad visited and created a wiring harness to get it fired up. Completed in less than six months “Bauhaus 100” is an incredible tribute and for Rolf “to build something as a designer in recognition of Bauhaus is a great honour.” But don’t think it’s just a static display, as the passionate drag racer is preparing to fire his masterpiece down the 1/8th mile in a smoked filled salute to German art and engineering! 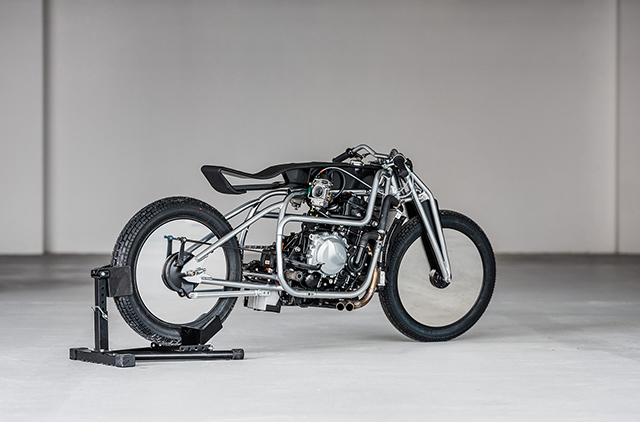 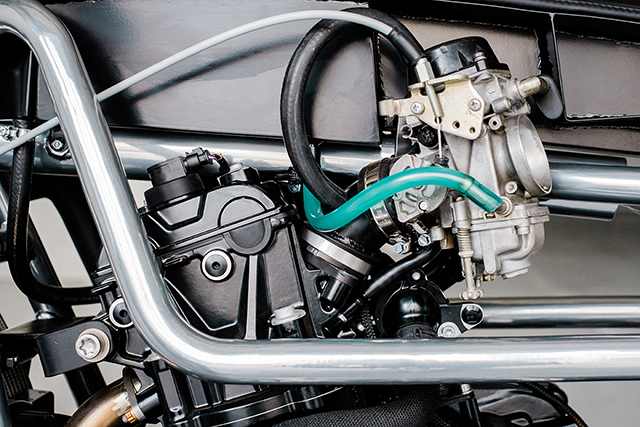 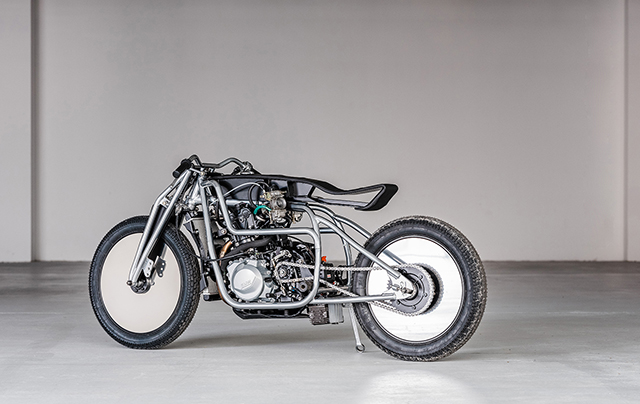 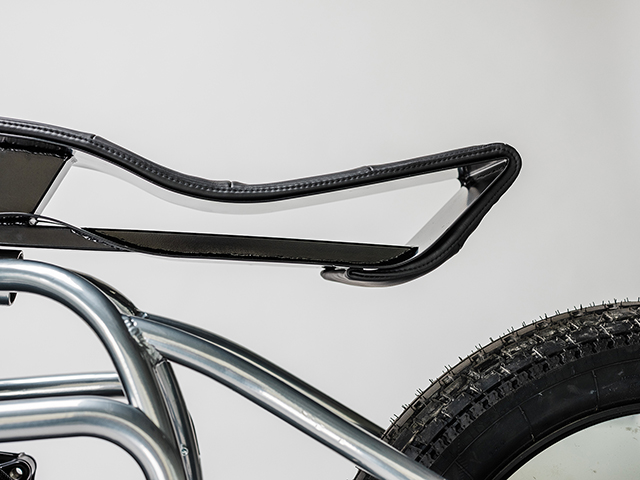 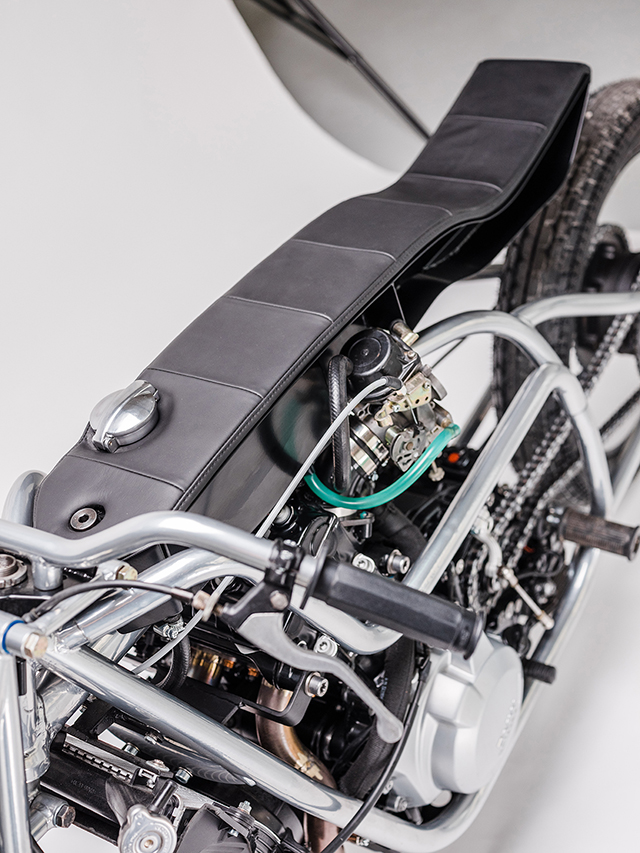 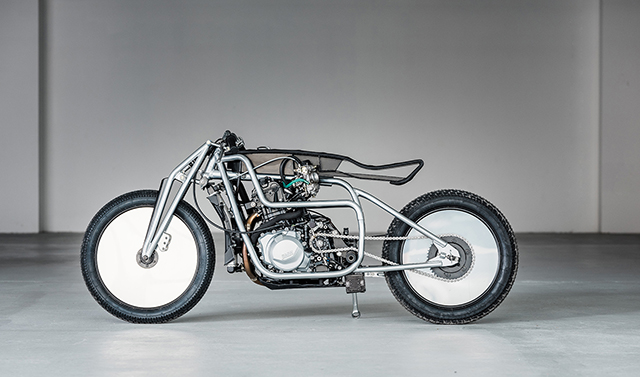