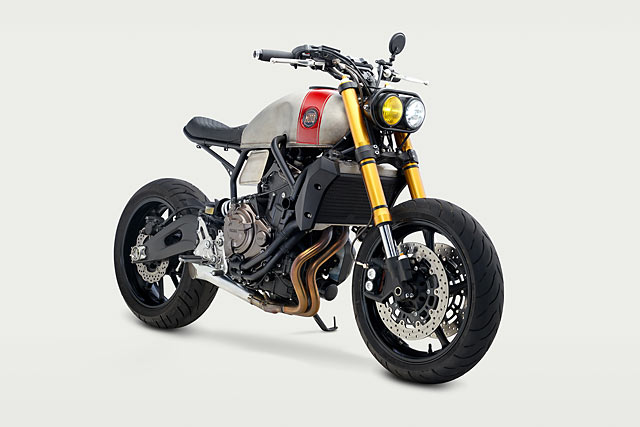 It’s been a storied journey from humble beginnings for globally renowned Classified Moto out of Virginia, USA. But a new chapter for the company means that anyone with an internet connection is set to benefit from some brilliant new content. The bread and butter however stays just the same, incredible custom creations in that signature Classified style. The latest is a 2016 Yamaha FZ-07 that pays tribute to their first customer build, the XV920R that put them on the map. 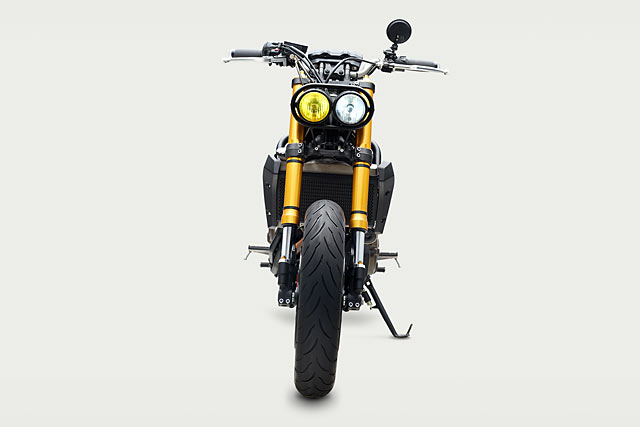 Founder of the Richmond based company, John Ryland explains the new direction, “we made a conscious decision to take on fewer builds, but to focus on telling their stories with content we’re doing in-house. We’re producing a show for our YouTube channel called RESTRICTED, so that’s the main outlet. Eventually, content and builds will be equally important to the business from an income perspective.”

Over recent years Classified has also opted to work on more modern machines to reduce some of the headaches that come with well-worn bikes. And the Yamaha FZ/MT range is proving to be the ultimate in cheap thrills and bring out the hooligan in all of us, although it turns out that can be a little much for some. “We bought the bike locally. It scared it’s only previous owner to the point that he walked away from it with nine-tenths of a mile on the clock. Literally. We were in the right place at the right time,” Smiles John. 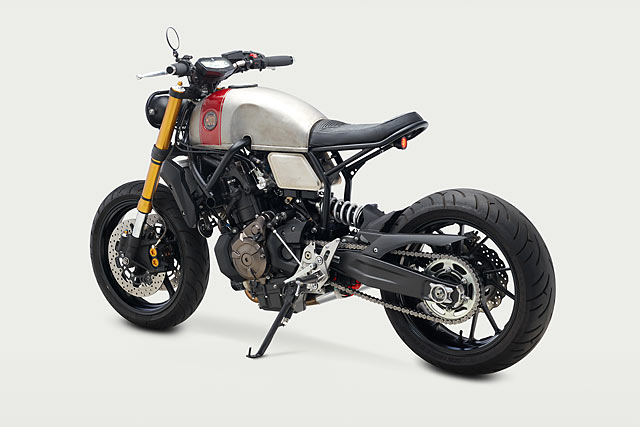 With inspiration being drawn from the original XV920R6 that Classified built for Bob Ranew, the goal was to revisit one of their best known bikes, but to build it on a modern platform with fuel injection, and all the luxury and reliability of a modern machine. “We worked with Yamaha directly on it for some parts support as part of their Faster Sons project,” explains John. Who was adamant the bike lose weight, gain speed and be a blast to ride out in the real world. And when you watch an episode of RESTRICTED you’ll see these guys spend plenty of time on the back tyre!

[superquote]“John was adamant the bike lose weight, gain speed and be a blast to ride out in the real world.”[/superquote] 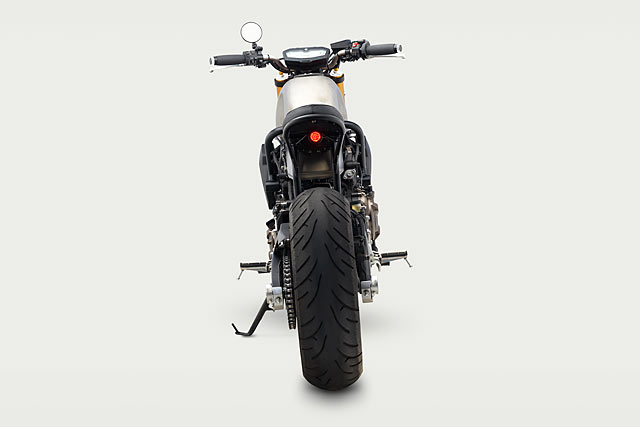 With the low mile machine torn apart lead tech and seriously talented fabricator Danik Herashchanka did something very few people attempt on a new bike, he cut the frame! This was done to help replicate the narrow look of the v-twin engined XV on the FZ’s parallel twin setup. Then to continue the look an all new subframe maintains the slim lines as the tubular steel moves rearward, culminating in a shortened and hooped back-end that seems to float, almost suspending the rider above the tyre in mid-air. 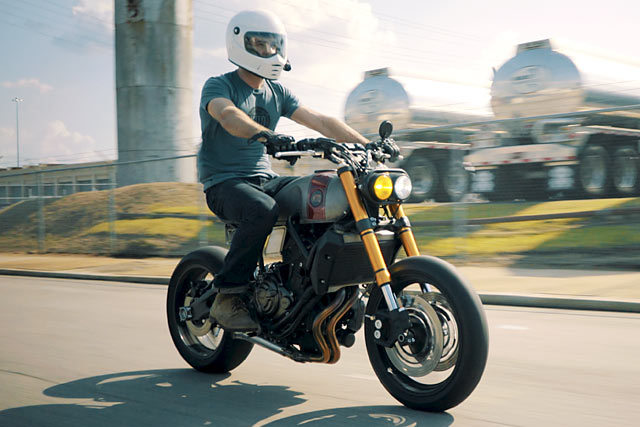 “The tank is pretty insane. It started out as a Benelli Mojave copy, we used an original Mojave tank on the XV920R6, so that was a must-have. But there was no way to get the right silhouette if we were to mount it traditionally.” describes John. So instead the race car like roll cage frame is allowed to sit proud with the new tank notched, massaged and fettled to slide beautifully over the top. Then it was Danik’s turn to work more of his magic, crafting an entire new underside of the old Mojave metal to accept all the new fuel injection hardware.

With the Classified Moto badging, raw finish and red graphics applied that signature style has been seamlessly transitioned onto a bike nearly four decades on in motorcycle evolution. But the team wasn’t finished there, with more ideas being formulated along the way as to how best capture the essence of that early build. The air box for example was at first intended to mimic the rear cylinder of the XV, but as it took shape it was decided it looked better when working to complement the new lines of the frame; still providing however that v-twin visual balance to the new FZ.

If the style is classic Classified so to the is front end with the switch to USD forks from a modern R6, the same treatment given all those years ago to Bob Ranew’s build. It’s from here that the bike takes on the name FZ-07R and is a conversion that is now a cake walk for the company. In utilising the Supersport components you not only get superior and adjustable suspension, but a brake package capable of calling a halt to any crazy action that gets out of hand. In between the forks are a set of caged out twin headlights that help to unite the look of parts old and new. 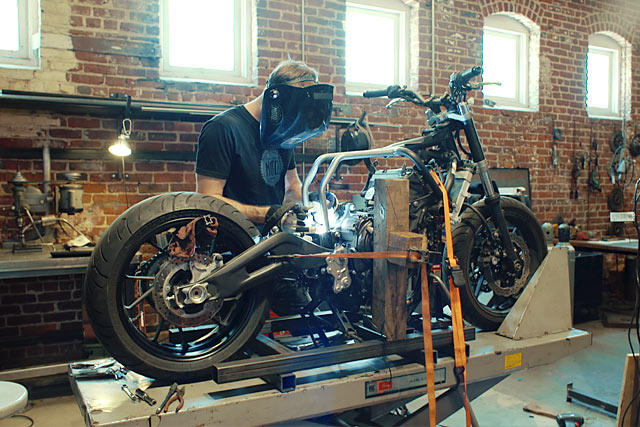 The crossplane crank technology parallel twin is what makes the FZ-07 such a blast to ride and the Classified exhaust ensures that you can hear every note of its sweet song! The diamond stitched seat is what we’ve come to know and love from the company and its solo rider setup shows off plenty of meaty rear tyre. A small single mirror and bar end signals keep an uncluttered look and all that is left to do is crack the throttle and ride! So keep an eye on RESTRICTED as the big bonus with the companies new direction means we might not all be able to own a Classified build, but we sure as heck can enjoy their creation!