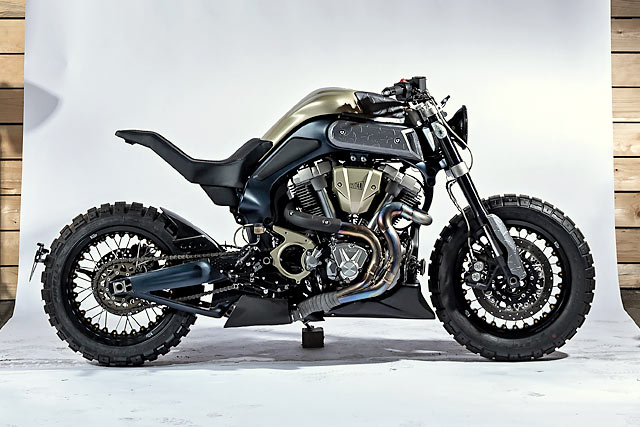 Austria’s Titan Motorcycles make all manner of madness. They turn cylinder heads backwards, fabricate parts from scratch and tackle every style of build. They do amazing one-of-a-kind customs and ultra clean restomods. We adore everything the mad pair of Michael Siebenhofer and Tom Possod do. And we love their latest creation, a heavyweight Yamaha MT-01 Dirtfighter dubbed the ‘Blue Falcon’. For this build Titan’s reputation preceded them and the client knew exactly what he was in for. “Our customer knew our previous builds,” they say, “so he was very confident that this would be one of a kind. We met at our garage, had a nice chat and it was clear that he wanted to have a brutal looking, martial bike”.

And for a street brawler build what better bike than Yamaha’s incredible MT01? It’s essentially the end result of bolting a whopping big cruiser engine into a streetgoing frame. It’s torquey, it’s huge, it’s 95% engine. It’s the only standard motorcycle we’ve seen that could suffer from roid rage. It’s a beast. But it’s rarely customised. 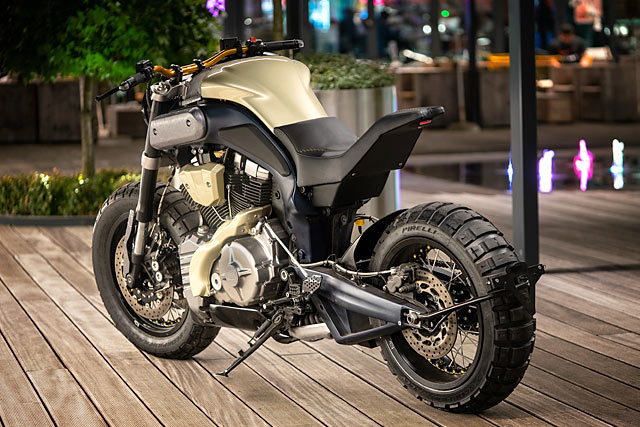 [superquote]“After we nailed down the budget we were surprised the owner had no intention to micro manage us.”[/superquote]

So without many previous examples to go on, Titan were in their element. And they were helped along by having best kind of customer. “After we nailed down the budget we were surprised the owner had no intention to micro manage us. Not with colour or anything”. 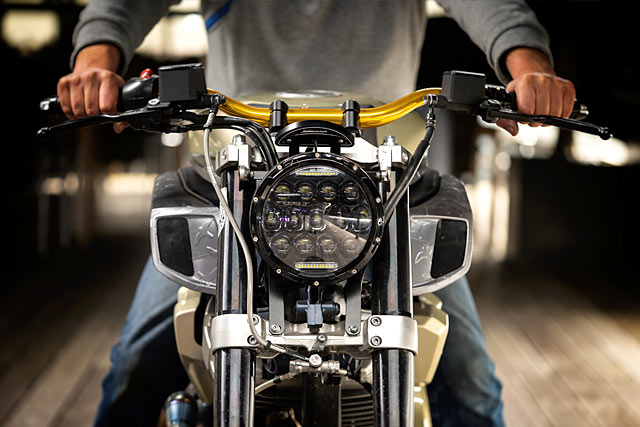 With that in mind, friend of the shop Ho Shenfu did some sketches of what a customised MT01 could look like. “He freed the tail of some weight, the exhaust and got rid of some other frills,” they say, “and a couple of days later he came up with a photorealistic conceptual design of the Blue Falcon. It was very comfortable for me”. 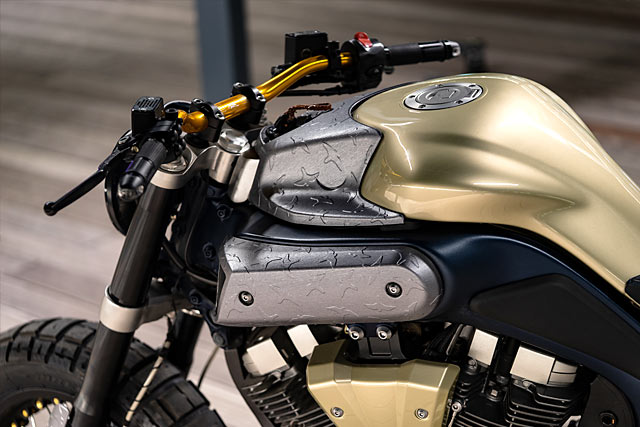 So then it was time for Titan to dirty their hands “On newer motorcycles electrics is always the main issue,” the duo from Titan say. “First step after we took off the body plastics was to disconnect the speedo unit and start the engine up. When the MT01 fired up just fine a huge weight fell off our shoulders. We didn’t want to use the standard plastic bubble speedo”. 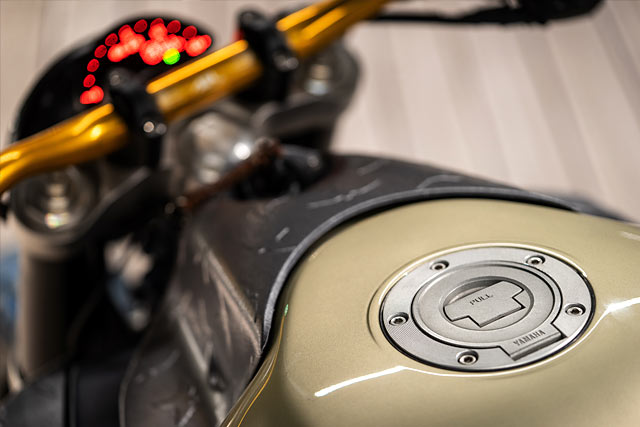 They also weren’t fans of the standard wheels, so they were delighted when the customer came up with some extra schillings to order a set of fancy Kineo hoops. While waiting for them to arrive Titan worked on the rear end, using a 75 ton hydraulic press to form the extremely thin laser cut material.

The team mounted a new full LED headlight, Motogadget switches, new turn signals and a host of other tricky little bits. But the real challenge for the workshop proved to be the exhaust. It’s hard to make a lightweight, good-looking exhaust that’d suit the Blue Falcon. But they managed. 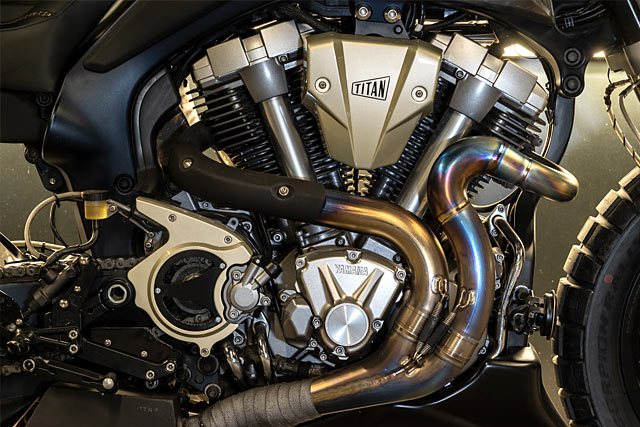 “I had to use every single cubic millimeter underneath the oil pan and beside the rear suspension to gather the volume to cut down on exhaust noise,” the team say. “Finally we ended up with a setup that satisfies even the Austrian government guys. With plenty of room for tuning after getting the official paperwork done!” 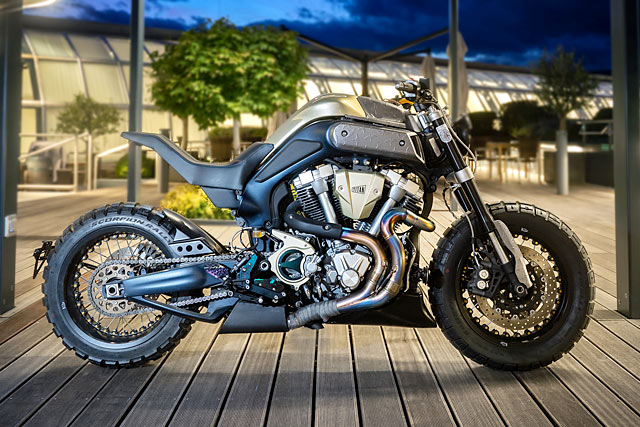 With that the team at Titan have knocked another build out of the park. It’s distinctive, it’s lightweight and just the right level of crazy. And it’s difficult to categorise. “It’s hard to call it a scrambler,” the team say, “for us a scrambler is a bike that can still go off road. That’s not what you see here. It’s not a classic street fighter, maybe a little all-terrain but some kind of fighter?” Whatever it is, we love it!