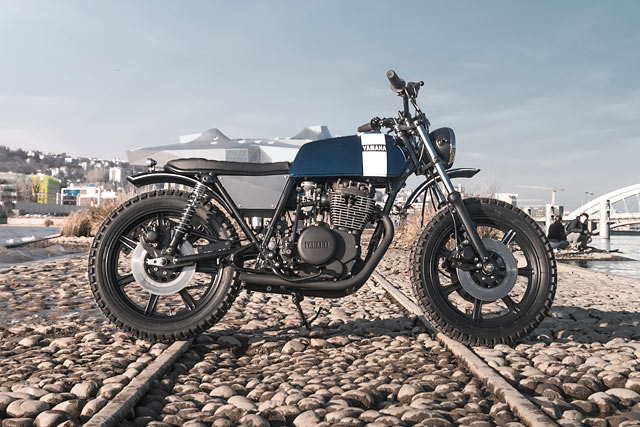 “It took about two years from the moment I started unscrewing parts until the finished product was ready.” This is How Panache’s Charles Murillon kicked things off when explaining exactly how he sunk two years of his life into this rather beautiful little Yamaha XS360. “I had to wait to be able to afford the quality parts I wanted on it. “It quickly turned into a recurring joke between Charlie’s mates at Diamond Atelier and himself. “Hence the nickname ‘Falkor’ – the famous white dragon from the 80s movie ‘Neverending Story.’ 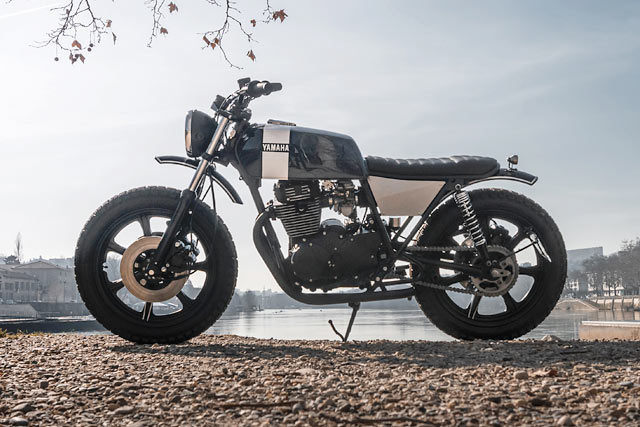 Just like us, Charlie says that he likes to see builds that stand out from the crowd with their originality and quality. “This is what Panache is all about and this is my first official build,” he says. “It’s a Yamaha XS360 from 1977. This model is actually quite rare in France compared to the more commonly seen XS400. This bike was a literal barn find, but it was in perfect condition for a project bike. I used it as my daily ride to begin with and after a year of learning customisation at Diamond Atelier, I built the best looking bike I could make.” 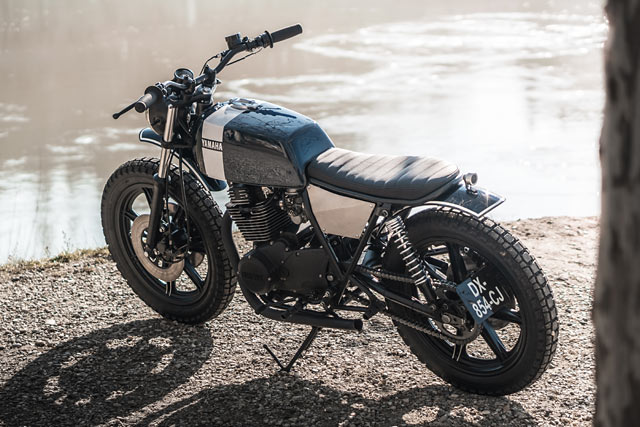 Charlie then made a smooth rear hoop composed of seven different tube sections – each hand-made with a different radius – were welded together to create this unique shape. “One of the most distinctive features of this build are the brushed stainless-steel side panels. A sharp bend was made to each side, allowing a very pleasing play of the light on them.” Behind the panels are all the electronics of the bike, enclosed in a hidden steel box. Inside, you’ll find an Antigravity lithium battery and a Motogadget M-unit as well as the rectifier, regulator, and all other electronic components. A bespoke wiring harness was made and complemented with sleek Motone handlebar controls. 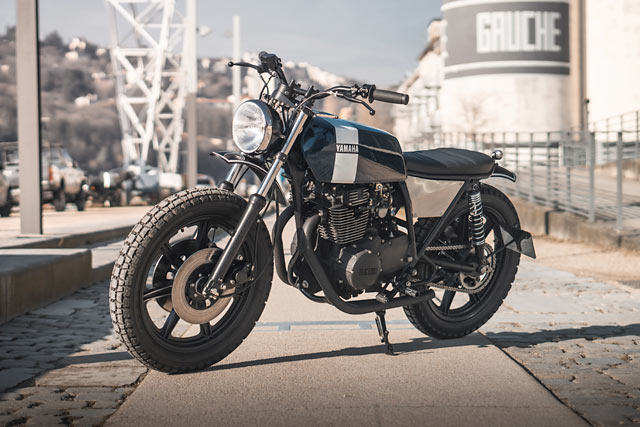 “Another feature that we added is the dual front discs. Out of the box, the XS360 only had a single front but it did also come with a rear disc, which was one of the reasons why I went for the 360. The original brakes were pretty bad, so I had to improve them.” Surprisingly, the 360 can be fitted with the dual front discs from the bigger XS650. The master cylinder was also upgraded, in combination with braided lines to ensure much-improved braking ability. Then an aluminum CNC-machined reservoir was built to fit seamlessly on to the original rear master cylinder. 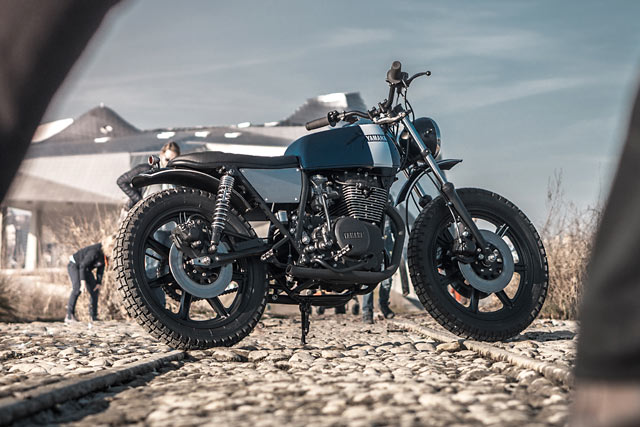 The exhaust headers were in pretty good condition, so after a thorough cleanup, Charlie extended them to give them the upward swoosh he wanted. “I fitted two period-correct ‘Snuff or Not’ adjustable silencers that you can find on Honda Enduro bikes of the same era. They actually do make quite a difference, and they allow you to ride in the city without angering the pedestrians too much.”

[superquote]“I fitted two period-correct ‘Snuff or Not’ adjustable silencers that you can find on Honda Enduro bikes of the same era.”[/superquote] 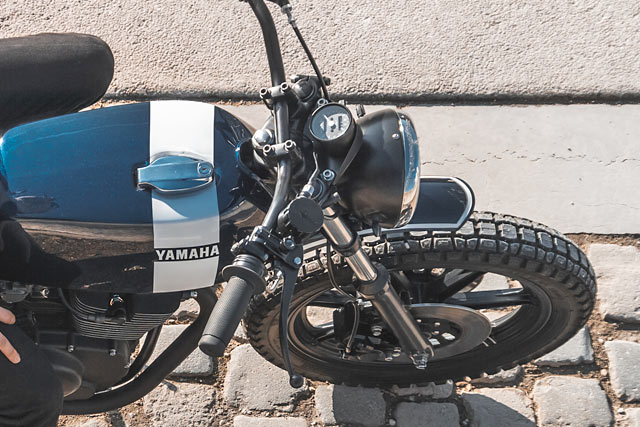 “By far the hardest part was figuring out the electronics. On several XS models, Yamaha fitted electromagnetic rotors instead of a constant magnetic one. This means that as soon as you turn on the key, huge power is drawn from the battery until you actually start the bike. Tiny lithium batteries can only keep the electromagnet on for a couple of minutes without the engine running. So I had to fit a bigger one than expected and reorganize the electronics box to accommodate the bigger battery. The rest was easily handled by Motogadget goodies” The distinctive features of this build that Charlie likes the most are the brushed stainless-steel side panels. “The light play on them is beautiful. Even the direction of the brush was taken into consideration to bring all the lines back up to the tail section.  On a sunny day, along with the metallic paint coming alive, those side panels really catch your eye.” 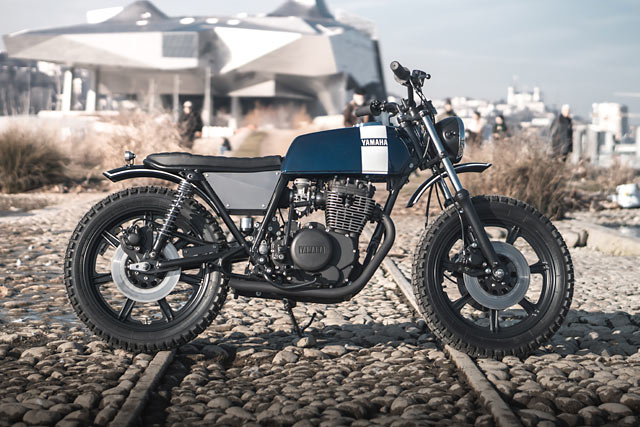