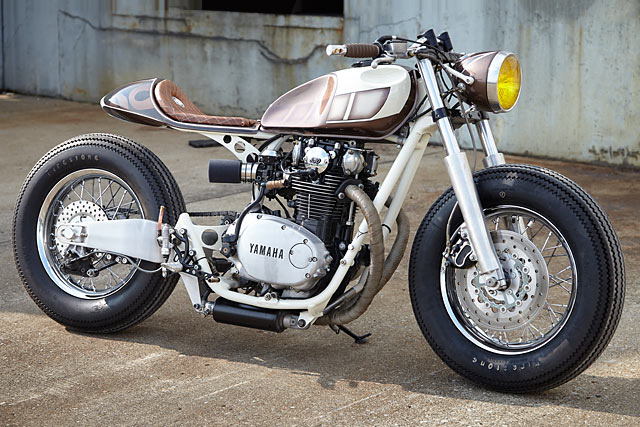 In the restaurant game they call it ‘paddock to plate’. In manufacturing they call it ’cradle to grave’. And in the oil game they call it ‘well to wheel’. Put simply, it’s the practice of looking at the complete life cycle of your particular product or creation to make sure that you’ve considered where it’s come from and where it’s going to. For Krossover Custom’s Kacey Elkins, his lot in life seems to be picking up the pieces of custom projects that have considered life cycles about as much as Agent Orange considers environmental sustainability. Here’s his latest basket case ace – a rescued Yamaha XS650 he calls ‘Leftover 43’. 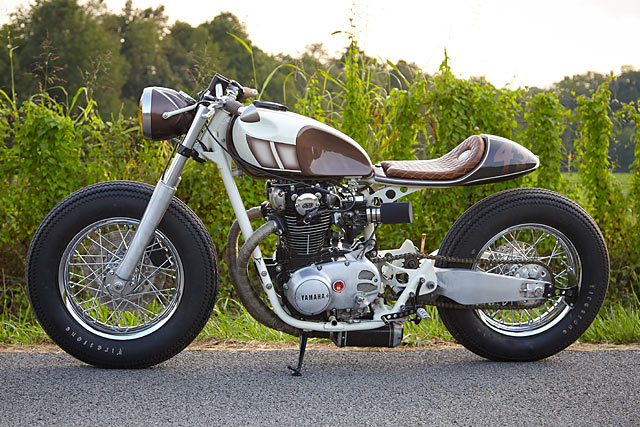 Now Kacey is the first to admit that the bike’s about as far from the cradle as a custom can be. In fact, he’s had it kicking around in the shop for a year or two. A mod here and a tweak there when he gets the chance has seen the bike slowly develop into what you see here. “This year has been crazy with all the shows and travel so I haven’t had the time to really build anything new, but I have been painting a lot more and enjoying that part of the business.” And he also got the chance to shoot this little rocket from the crypt. 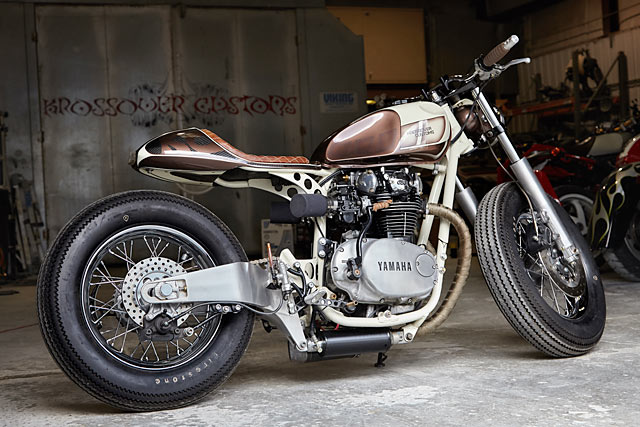 The build couldn’t be more different from his previous Yamaha XS build – an Adventure 650 fit to take on the Himalayas. This time ‘round the bike is a cafe racer built from a 1979 Yamaha XS650 that he calls ‘Leftover 43’ – ‘43’ referencing the sequential build number of the bike and ‘leftover’…well, you get the idea. “Yeah,” Kacey chuckles. “I’m super original with names, aren’t I?”

Like a shelter for stray animals but with heaps more cool toys, Kacey is developing quite the reputation for rescuing bikes and projects headed for the big custom shop in the sky. “This one started off like most of my bikes; as a basket case in a box from a friend that didn’t want the project anymore.” Just think of all the feral Yamahas that would be roaming around the streets causing trouble if it were not for Mr Elkin‘s kind heart and open door.

“The inspiration for this bike was really just doing things bigger and better than on the previous cafe I had built. That bike was the one that eventually turned into my XS650 dual sport that you guys featured. So it was by me helping my buddy Alan build his bike that made me want to go one better.” 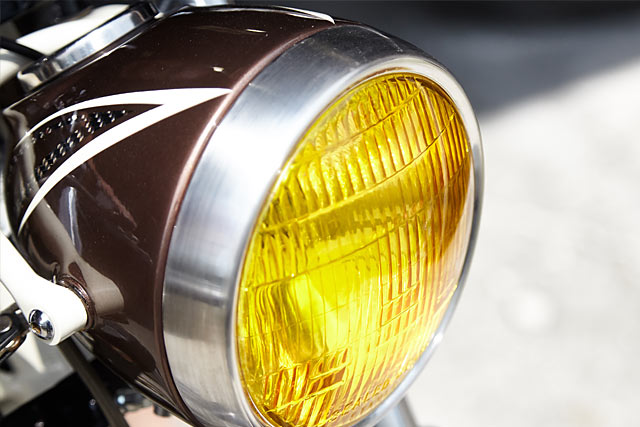 [superquote]“One part I knew I wanted to use was the rear swing arm and shock off a 2001 Buell lightning. I also had a wide glide front end off a Harley-Davidson.”[/superquote]

“So I started with a box of parts from a XS650. Yes, it’s a bike that lots of people build cafes out of. But I also had lots of leftover spare parts from all kinds of other bikes. One part I knew I wanted to use was the rear swing arm and shock off a 2001 Buell Lightning. I also had a Wide Glide front end off a Harley-Davidson, so I decided to go with a fat and low cafe look.” 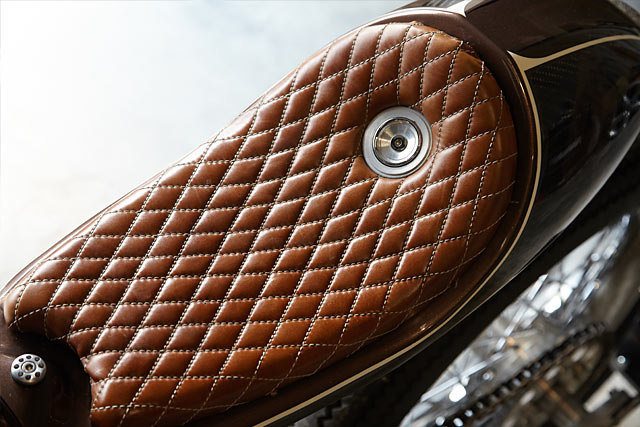 Kacey then put 16″ spoked smoothie rims and Firestone tires. “OK, so it’s not a very good tire and they ride like crap, but I still really like the look,” he notes. The frame had to be completely different for the swing arm, so he cut the back off and started from there. “I went with flat stock instead of the normal round tubing,” he notes. “Next I took a stock XS tank and put some knee and bar indentations to give it the right look.” 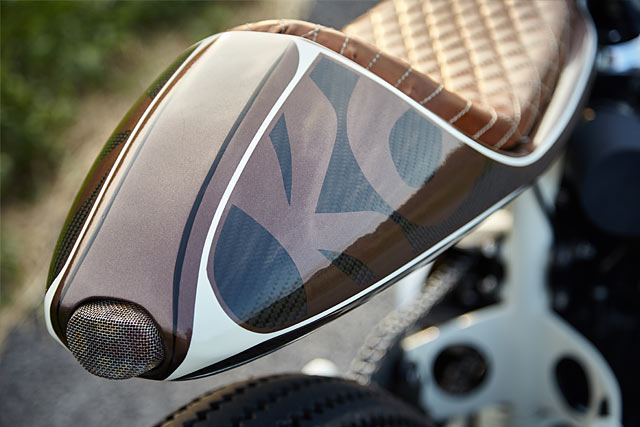 He notes that while the rear swingarm swap screams ‘tricky engineering feat’, the tail wasn’t exactly a pleasant stroll in a spring park full of topless models, either. “It was probably the single hardest part of the build. I had to make a mold so I could hand lay the carbon fiber which you can see if you look closely. Trust me when I say that there were lots of failed attempts before I finally got it right.” 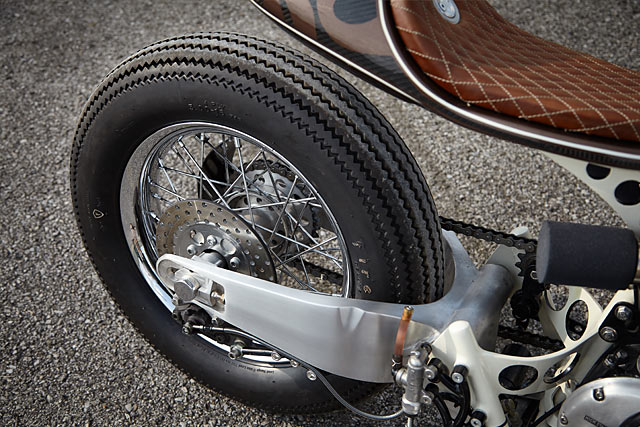 “When I painted it, I wanted to keep it clean and simple, but that didn’t stop me from adding the ghosted classic Yamaha blocks on the side of the tank and leaving a decent amount of the carbon fibre showing on the tail.” And the part of the build that makes him most proud? “It would have to be the rear suspension; it works great and gives the seat and tail a beautiful, floating look.” Beautiful, indeed.