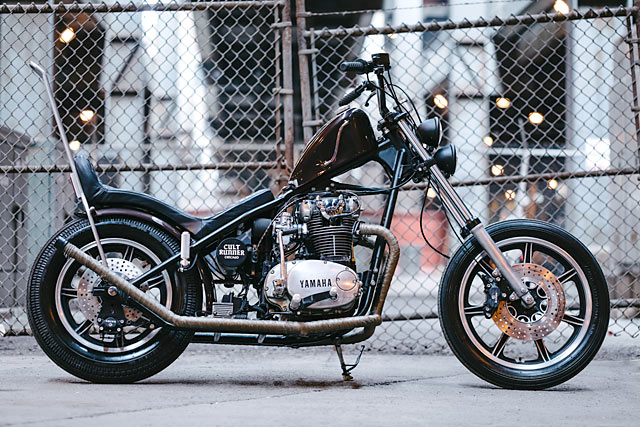 Please spare a thought for the poor old chopper. King of the custom scene for almost 40 years, the resurgence of the bobber and cafe look in the first decade of the Noughties has, in some eyes, relegated it to uncool school ever since. Of course, custom bike tastes wax and wane like Australian Prime Ministers; in one day and out the next. Or as some would argue, maybe choppers never went out of style at all? What we do know is that Chicago’s Federal Moto were looking for a challenge on their 13th build, they decided to throw out their cafe and tracker chops and bust out something a little different. Here’s the Yamaha XS650 they came up with. 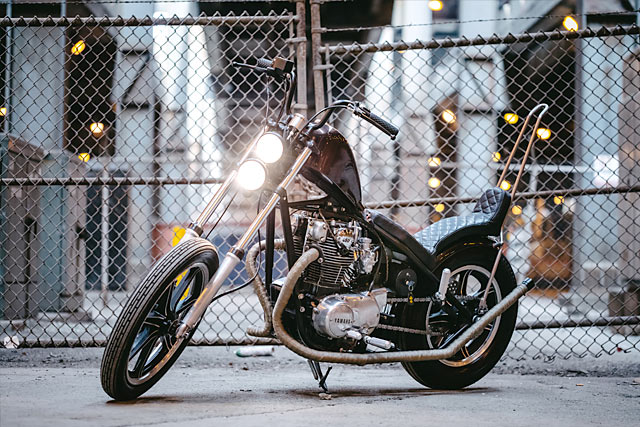 “We’ve been teasing it on Instagram,” says  Federal’s Pete Müller. “It’s a completely off-brand build for us, coming from a shop known for cafe racers & trackers. Of course, being a chopper built by Federal, there are all sorts of details brought over from our side of the moto world hidden in the details; this isn’t your dad’s garage-built chopper.” So, my Dad built choppers? Why didn’t someone tell me… 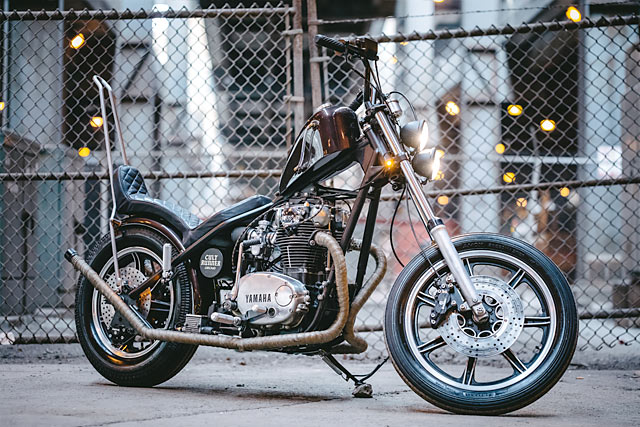 As much as they’d probably like to take all the credit, Pete and Mike are quick to point out that they had help in the form of Chi-Town ‘distasteful tastemakers’ Cult Runner (aka Chris Thorn) to help them out. So what did they get from the collaboration? “We got a two-wheeled, head-turning ripper that’s cleanly crafted, distastefully loud, and a perfect balance of grit and grace.” And it’s volume wasn’t the only exercise in crudeness. While the bike‘s name might conjure up images of trilobites and catfish, we kind of get the feeling that they were referring to a different kind of bottom, or bottoms as the case may be. 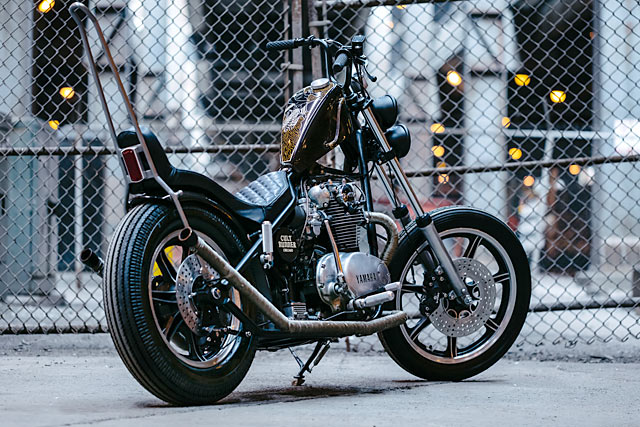 “This build started out with a want to work with one another in some capacity,” continues Pete. “Cult Runner and Federal Moto are both relatively young with our own brands and we shared a deep-seeded love for the best city in the states, Chicago. After some deliberation, we came to the stupid realization that a Cult Runner chopper was going to be the collab project that would turn us and the dudes from Cult Runner from casual friends to life-long brothers.” 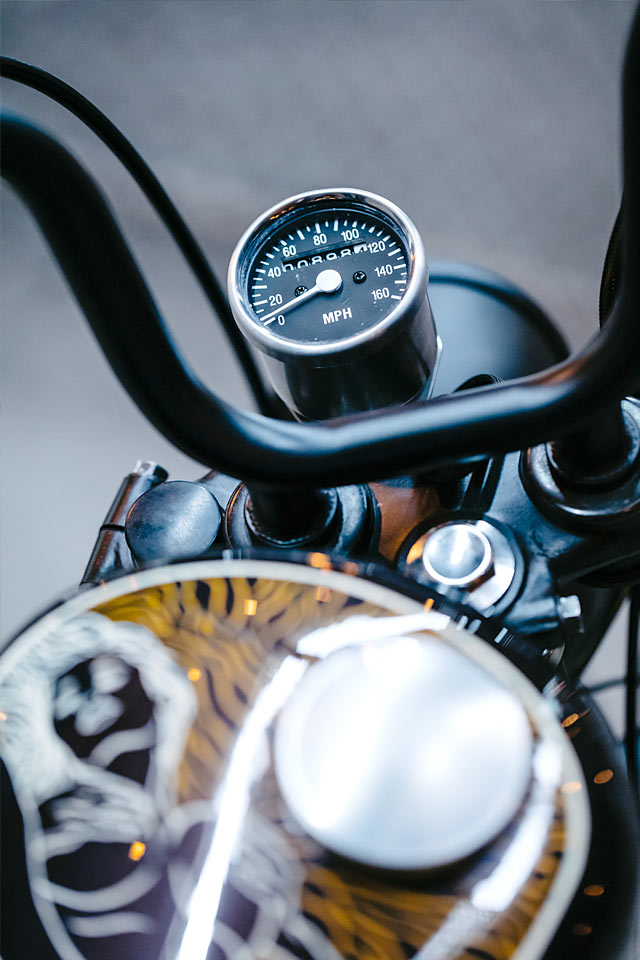 [superquote]“So we all got to work on what would be a completely off-brand and wildly different bike than anything Federal had done before.”[/superquote]

But when Chris approached Federal with the concept for The Bottom Feeder, it didn’t exactly gel with what they normally do. “While we’re always respectful of the craft and bike lovers across the board, choppers are a completely different world for us. Nonetheless, the idea of trying something different stuck, especially for our No. 13 build, so we all got to work on what would be a completely off-brand and wildly different bike than anything Federal had done before; a dirty, 70’s-style chopper.” 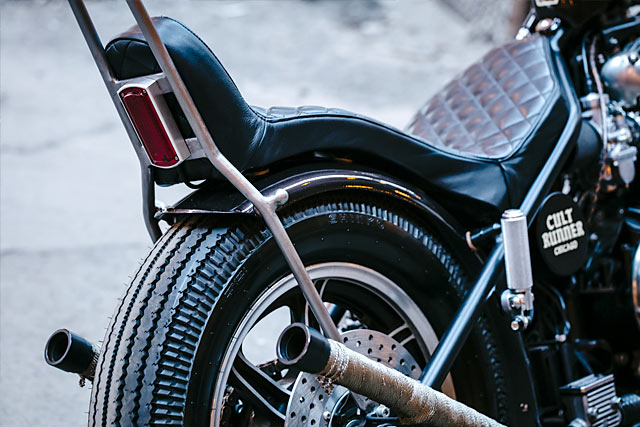 Because this was to be their first (and probably last) chopper, the Federal boys wanted to see if their Midwest amigos at TC Bros. would be curious to see what a Federal chopper could look like. After a few conversations and endless cases of beer, they jumped on board. Without wasting any time, the donor Yammie hit the bench to be torn down. They disassembled and meticulously inspected the engine, repaired and replaced the usual consumables, ported and polished the heads, cut fresh seats for new valves and springs while the cylinders and pistons were honed to spec and reinstalled with new rings. 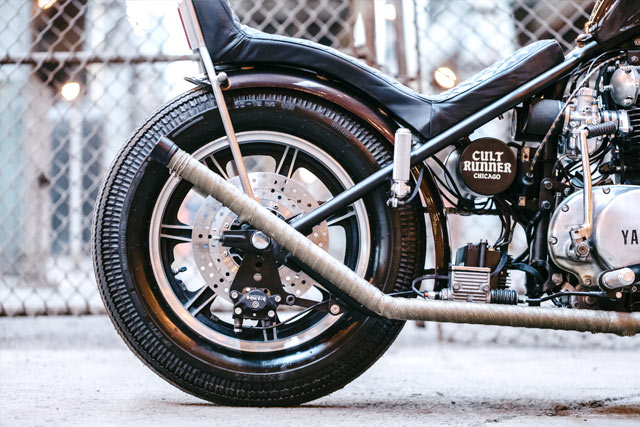 The new Hugh’s handbuilt, rephased 277 degree crank and cam went in with a full gamut of new, high-grade components, the original (and notorious) electromagnetic charging system was scrapped for a new XS Charge Permanent Magnet Alternator system, and the old points system was replaced with more reliable electronic ignition. Finally, rather than the usual full strip, brush, paint, and polish they give their motors, they opted for a thorough cleaning to enhance the well-worn vintage patina the Shizuoka engine already had. 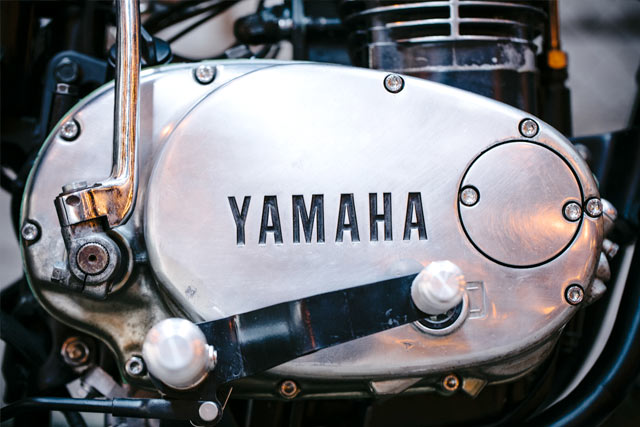 “As the engine was taking shape we stripped, detabbed, and regusseted the frame, then cut it in half to accept the TC Bros. XS650 hardtail kit and crafted the seat pan and all the mounting hardware for its new componentry. Custom machined, 4″ over fork tubes by Frank’s Forks were mated with Progressive Suspension springs and shaved boots and fitted into the triple trees. Fresh rubber from Avon and Shinko were fitted onto NOS machined Yamaha mags. The new frame was powder coated in satin black and the engine was fitted back into position, ready for the details to be added.” 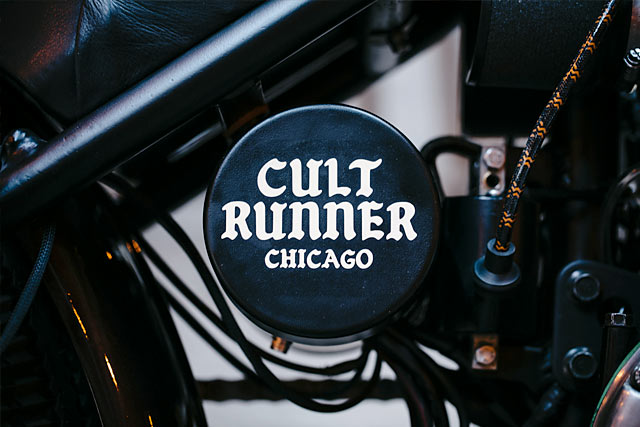 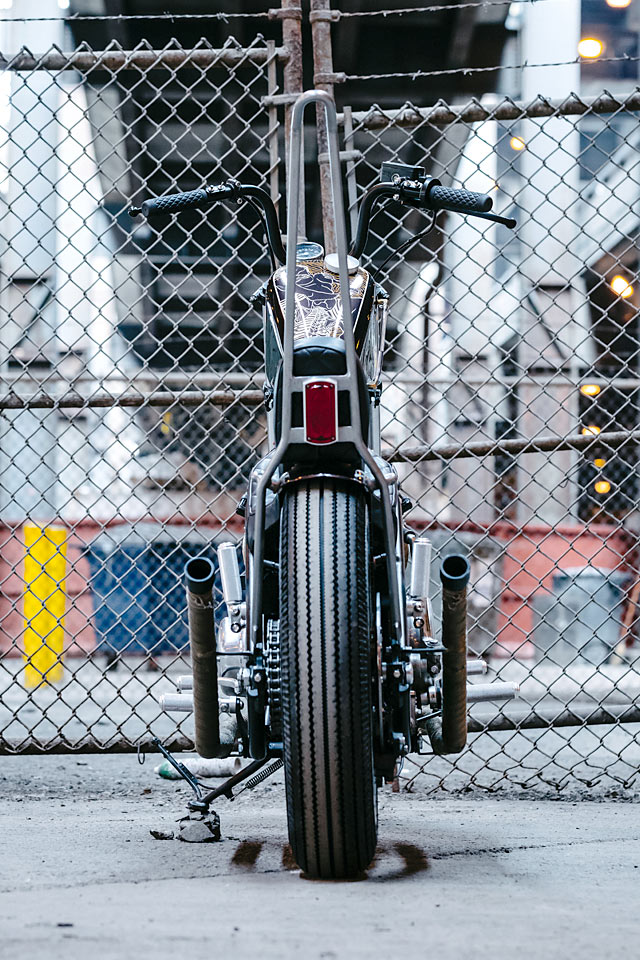